ETIOLOGY AND EPIDEMIOLOGY OF STROKE

Shared approaches: all our experimental models of lacunar ischemic stroke are performed in mice with shared surgical protocoles. Cerebral ischemia are induced via an external approaches (craniotomy) of the MCA at the crossroad between M2 and M3 segments. Then, a specific thrombosis protocol is performed depending on the chosen model. Clot formation is controlled by using laser Doppler recording. Whatever the model chosen, the induced lesions are restricted to the cerebral cortex with a very low rate of mortality (<1%).

4 models of distal ischemia are proposed to meet with your scientific questioning:

For each model:
-> Publications and numerous data are available
-> GMO mice can be used for mechanistic studies
-> Variety of administration protocols are available, including long duration treatments in awake mice 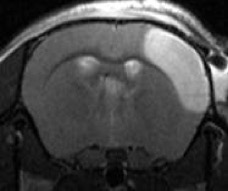 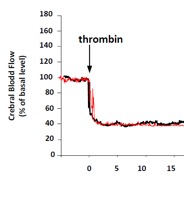 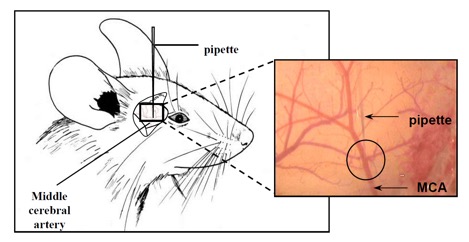 Fig. 1: histology of clots induced either with A) thrombin or B) FeCl3. Clots induced with thrombin contain more fibrin and less platelets than those produced with FeCl3. Fibrin (red), platelets (green) and dapi (bleu) are showed. 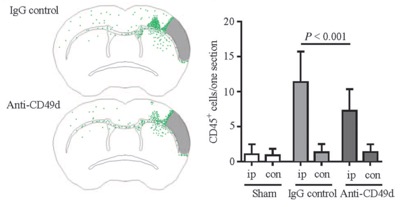 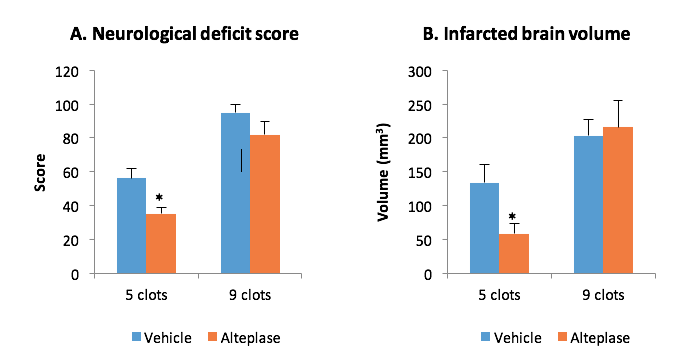 Fig. 1: Effects of alteplase (i.v. 2h post-stroke) on neurological deficit score (A) and volume of lesion (B) 24h after thromboembolic stroke induced with either 5 or 9 clots in rats. Alteplase resistance is achieved with 9 clots. *P<0.05 versus Vehicle. Data expressed as mean ± SEM. Internal validation data. 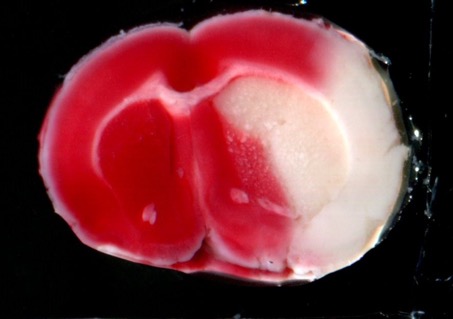 In human, clinical trial outcomes are characterized by high variability in stroke patient impairment severity evaluated with scales such as NIHSS or Rankin scale. For instance, NINDS trial (NINDS, N Engl J Med, 1995, 333:1581-1588) reported that 20% of the patients had minor or no impairment 3 months after stroke, while 27% of the patient presented moderate to severe symptoms and 21% were dead at that time. In this setting, Alteplase slightly modified ratios in different categories (Fig. 1).

Fig. 1: Effects of tAlteplase (t-PA) on outcomes 3 months after stroke.

Far from the well reproducible and controlled situation of the laboratory, clinical variability challenge the predictivity of preclinical trials. STROK@LLIANCE offers a unique strategy aimed at checking the performance of your candidate drug with the variability of clinical situations.

Intraparenchymal or intraventricular haemorrhages are induced by in situ infusions of heterologous blood (mice, rat):
A stereotaxic injection of blood is performed in cerebral parenchyma or ventricular space. In this model without vascular rupture, the volume of parenchymal hematoma directly depends on the volume of blood injected. Cerebral lesions are related to heme toxicity and overpressure.

Intracerebral aneurisms (mice): formation and rupture
Subarachnoid hemorrhages:
Aneurisms are induced by the stereotaxic injection of elastase in the Willis’ circle of hypertensive mice. Hypertension is induced by chronic peripheral infusion of angiotensin II.